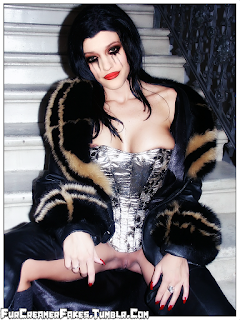 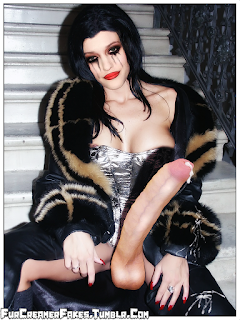 FCR: Sorry about the show. But, your talent was wasted and, bright side, you’re here!
KD: Were the jazz hands really necessary? Anyway… Yeah, need to work out some aggression. Seems like having a giant dick might help.
FCR: I pretty much guarantee that.

We also gave her some showcase series work. Kat Coats Your Coats is a “gonzo” series where she visits furriers and pretends to shop until hot sales girls notice her giant bulge. Then she whips it out and unloads all over the nearest rack of new furs, in what, the note from our legal department reminds me to state, is a completely staged affair.

Finally, we couldn’t pass up the opportunity to put use her as “intended” with the Sullen Goth Teen Has Angry Fur Sex series. Kat pretty much just ad-libs and we’re already up to episode 41.
Posted by FurCreamer at 5:00 PM No comments: 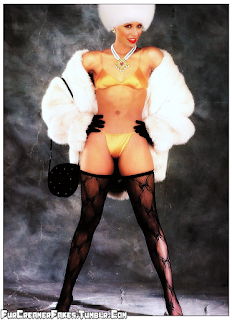 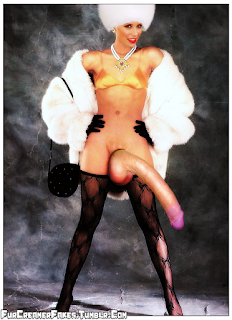 FCR [humming]: “O Canada”
EL: [clears throat]
FCR: Oh, hey, Ant Lady Person!
EL: Your secretary let me in… Think the script says Wasp, but I’m just cashing the check.
FCR: Miss Tessmacher is very helpful. So, looking for a little fall-back after all that MCU residual dries up?
EL: Fuck no, I want to feel the power of a giant wang between my legs and fuck bitches until they beg for mercy. Very, very impolitely.
FCR: What a decidedly non-traditional Canadian attitude. Well, in that case, get on down there and we’ll fix you up with something that’ll put the biggest set of ‘murican truck nuts to shame. Use it in good health.
EL: Fuck yeah.

After a minor title rewrite, Evangeline debuted in Sting of the Fur Wasp: Dong, We’re Talking About Her Huge Dong. (Boys in marketing felt the main title was a little too subtle.)

Brilliant scientist Hope Prick develops a technologically enhanced yellow and black dyed mega fox coat that allows her to grow the size of her cock exponentially while wearing it.

Hope announces her intent to refine and provide the furs free of charge to any t-girl who wants it, immediately making her a target of a radical bimbo front intent on stealing the technology and using it only for breast expansion. Hope has to fuck her way through all the big boobed henchbimbos until she faces off against their maniacal leader in a showdown of mega dong against mega tit.
Posted by FurCreamer at 7:31 PM No comments:

Right, you’re broke, I get it. Fine. I’ll eliminate that excuse as well.

Disclaimy shit: I ain’t GIMP support. GIMP isn’t Photoshop, but it’s not MS Paint either. You may need to familiarize yourself a bit with it in general if you’ve never ever tried anything like this before. Google up a few intro GIMP tutorials if you need to get a solid feel for it.

You’ll also need to know how and where to install bushes and plug-ins. I’m sorry, but GIMP didn’t cut the mustard out of the box. Again, Google is your friend. Learning how to deal with crap like that is a hallmark of open source software. If you get too fed up with it, remember: Photoshop, ten bucks a month.

GIMP Layer Effects: Plug-In. Various places on the Internet will describe this as adding “Photoshop-like” layer effects to GIMP. This is bullshit, but you’ll use the Drop Shadow effect anyway.

Glass or Bevel: Plug-In. This adds something closer to the required Photoshop hi-gloss bevel effect. Please pay attention to the following statement: SAVE THE FILE WITHOUT THE .TXT EXTENSION. It should look like this in your plug-in folder: “glass_or_bevel_v1.03.py”. (Without the quotes.) If you’ve left .txt, it won’t work. If your Windows Explorer is not set to show filename extensions, it may be hard to to change it until so enabled (or just save the file again and edit the name correctly before hitting save.)

A Metric Fuckton of Patience: Sadly there’s nowhere to download this from currently.

Presented in order. Tumblr re-naming means that you should probably prep to tap out some relevant numerals of your own when you save them. 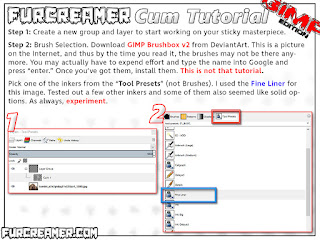 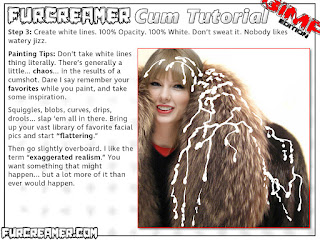 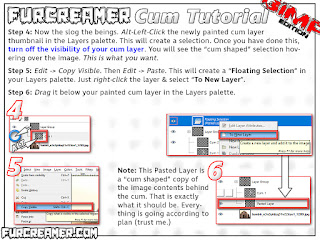 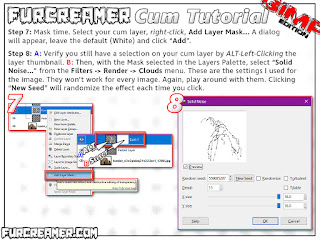 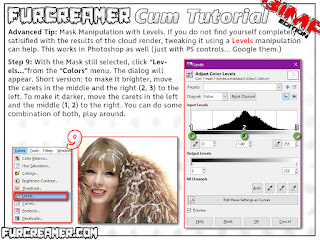 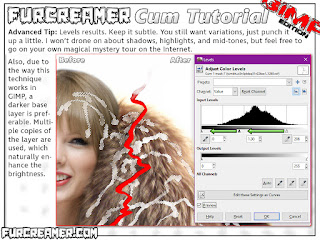 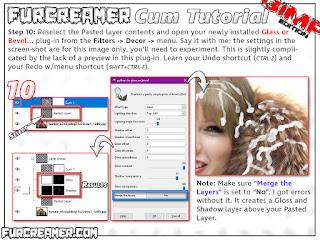 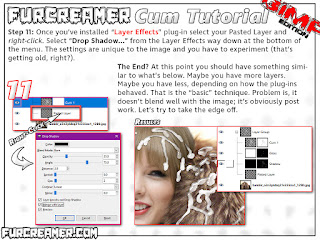 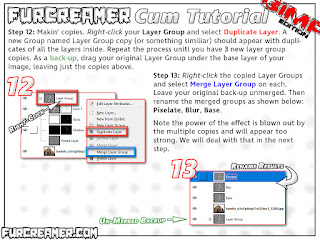 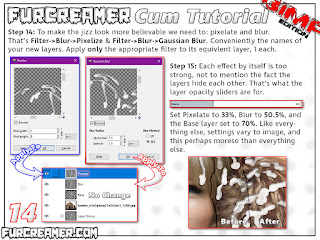 Posted by FurCreamer at 5:00 PM No comments: